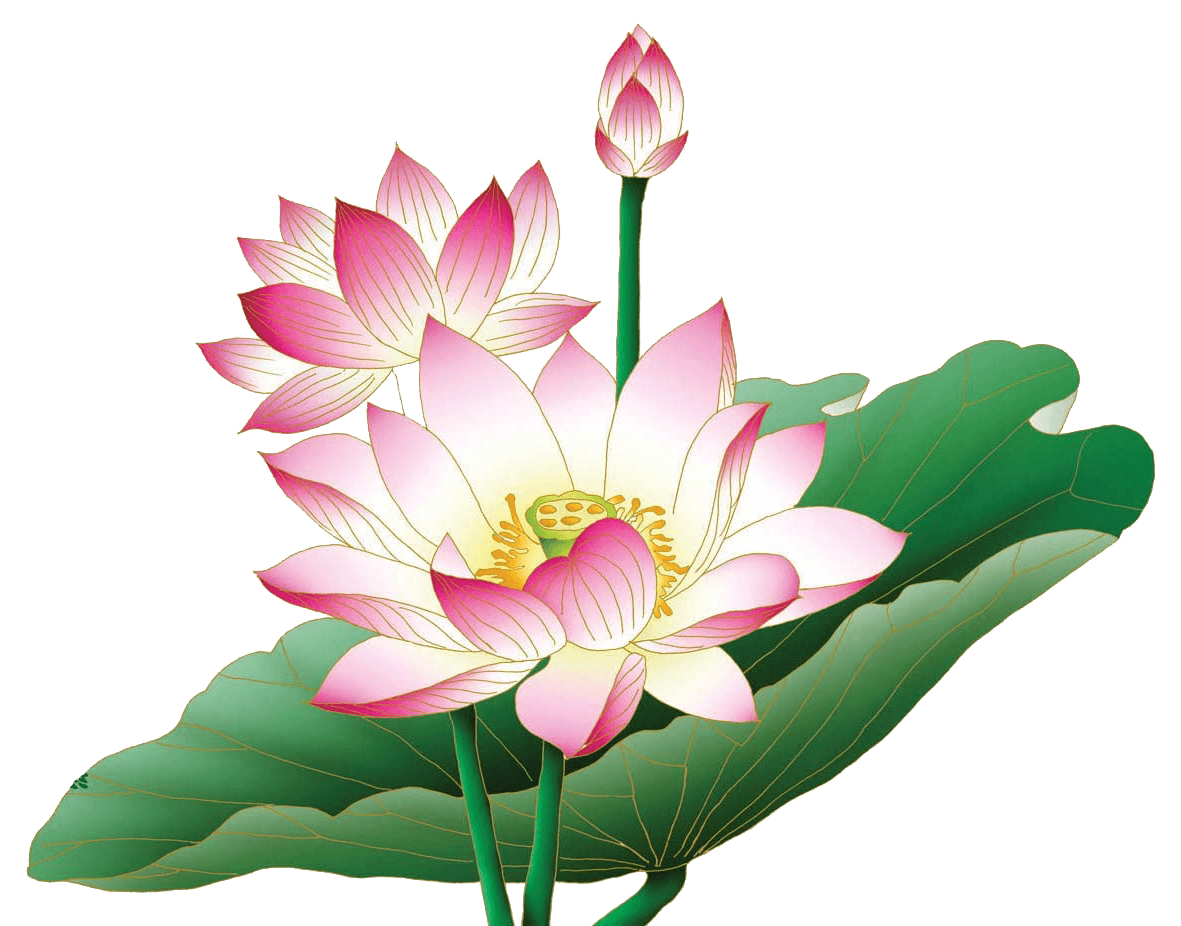 THE MAKING OF 1,000 BUDDHA STATUES 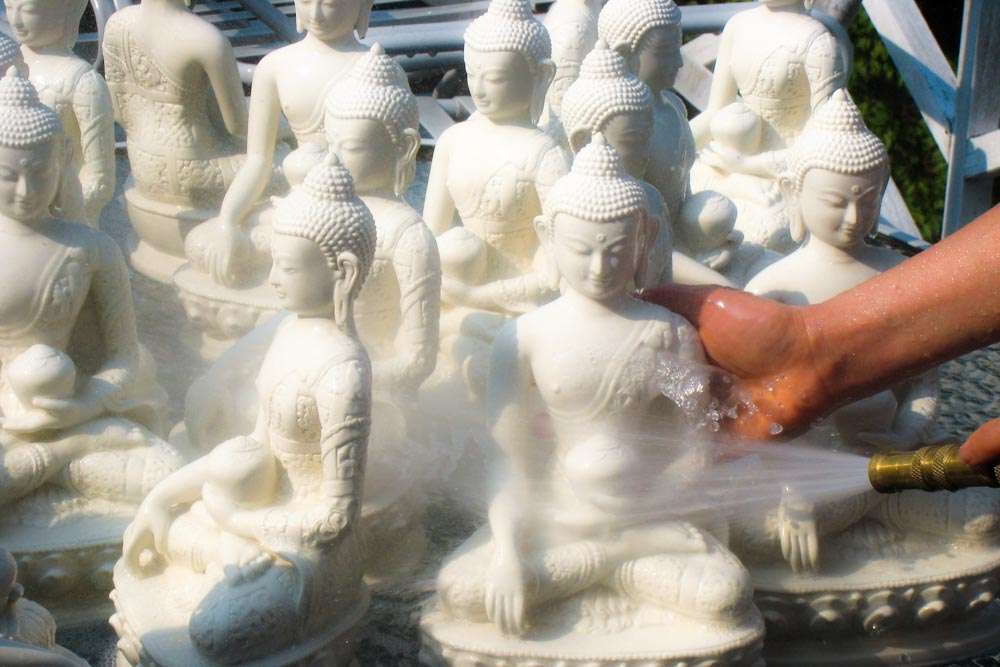 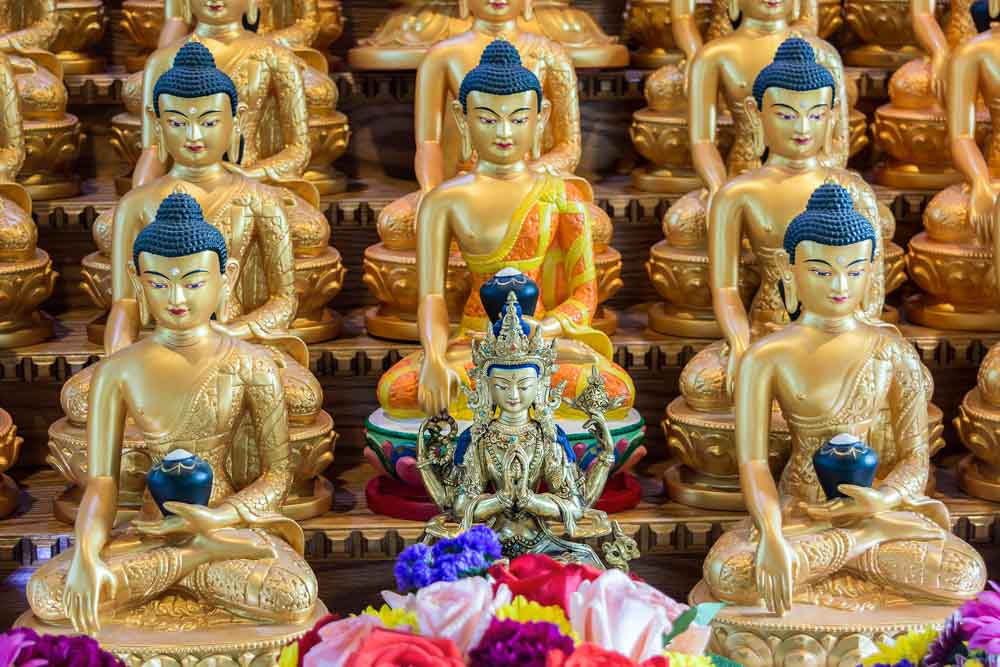 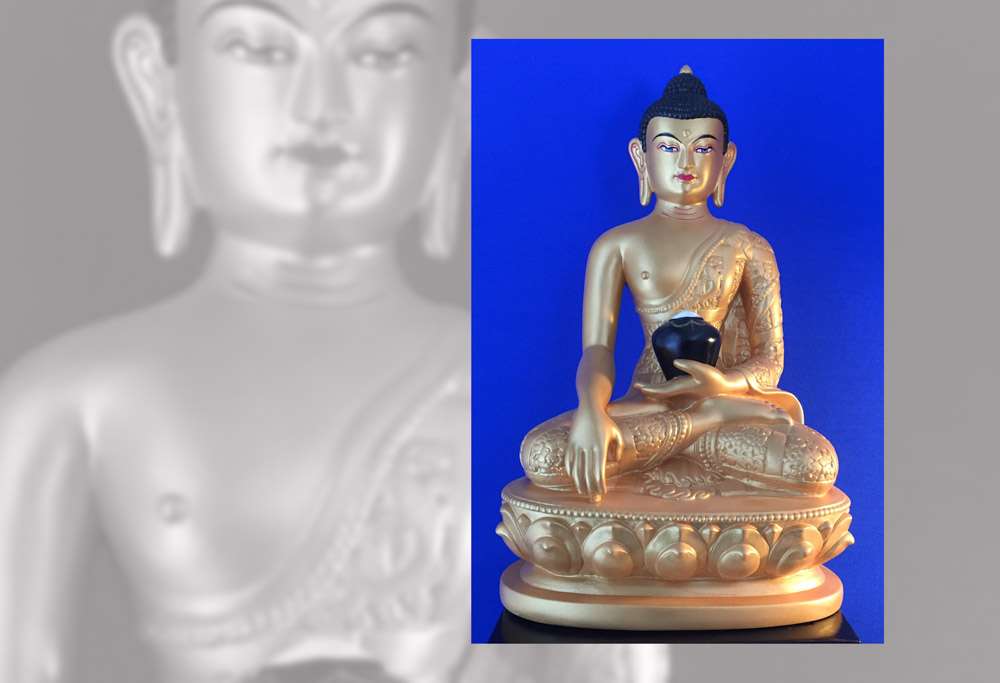 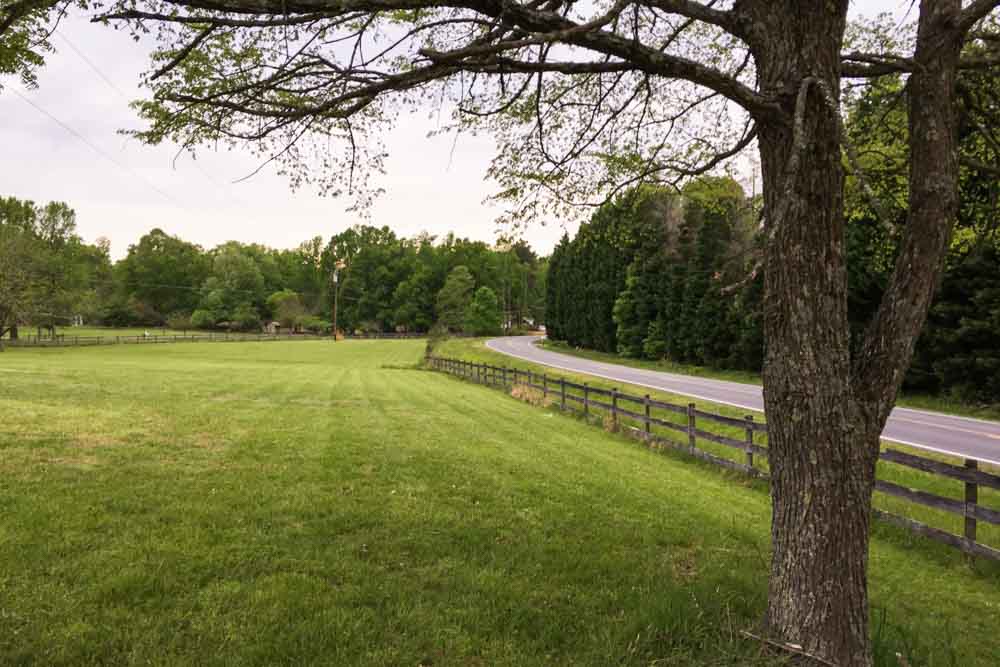 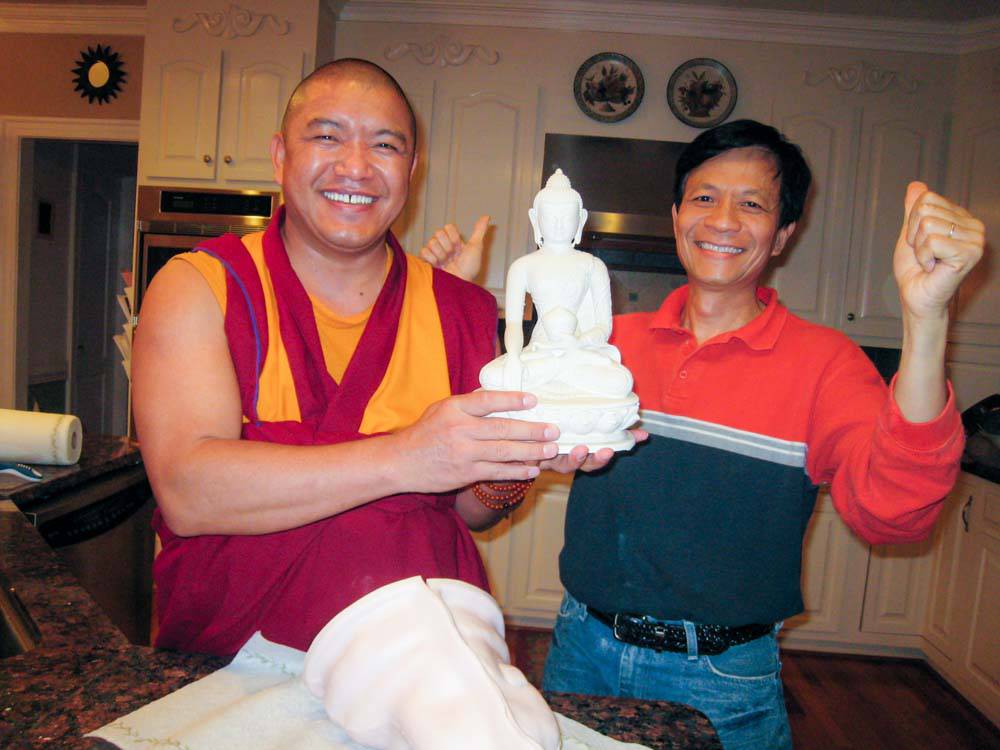 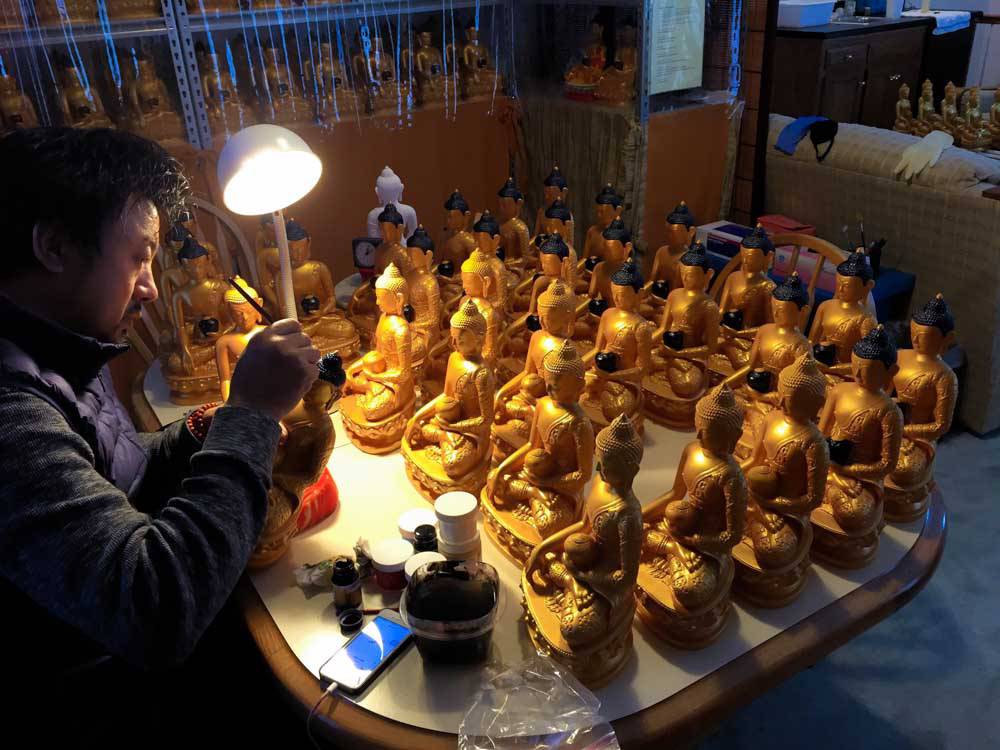 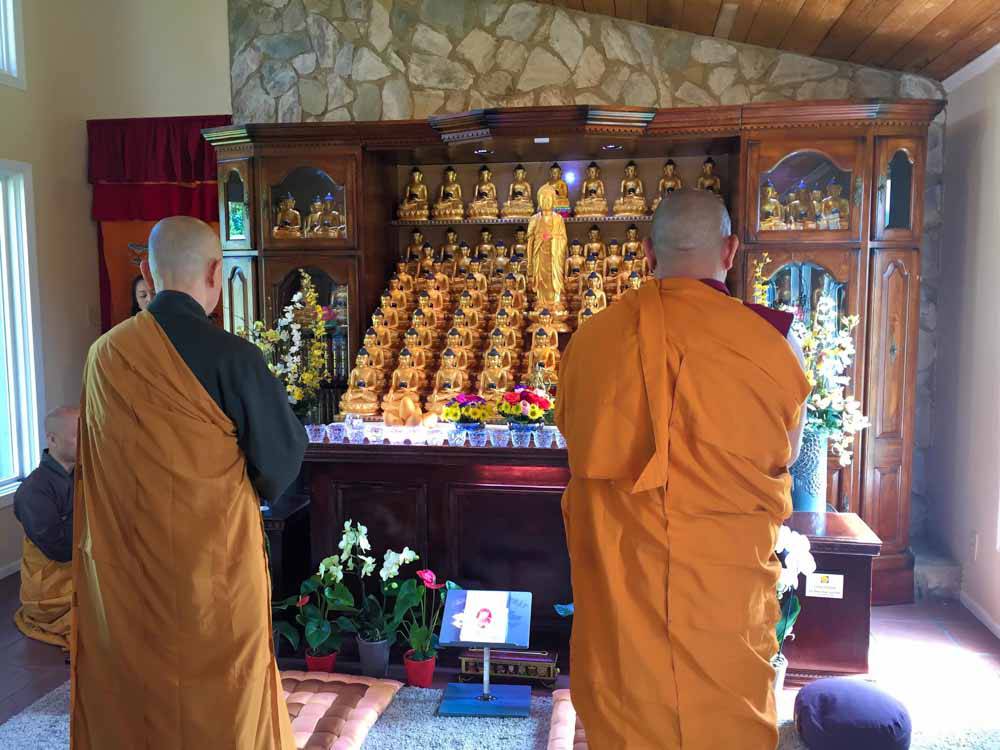 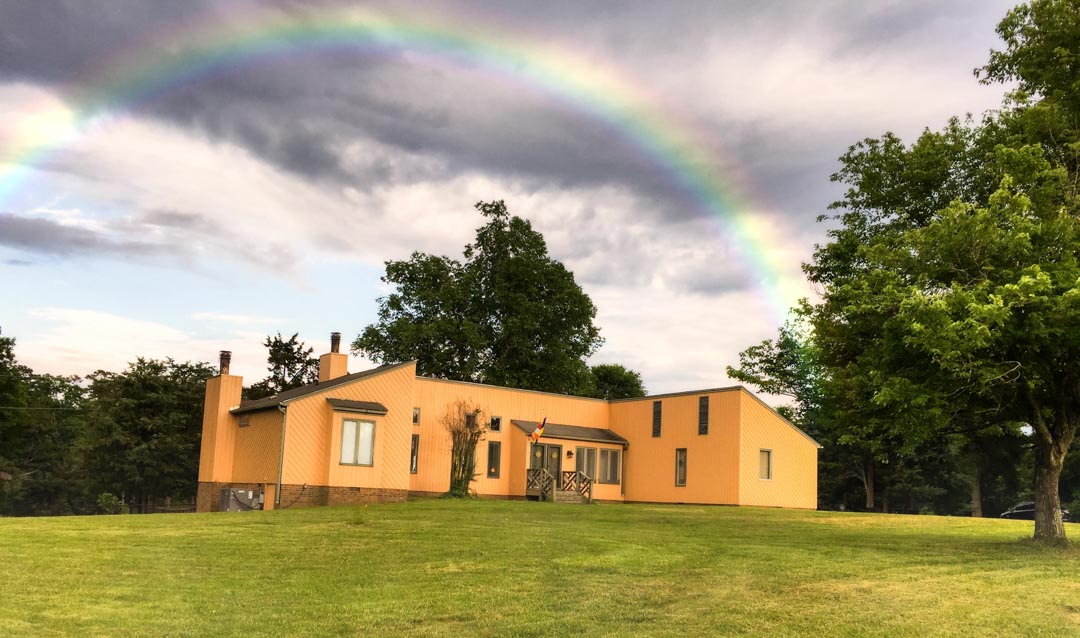 Our story started 14 years ago with just a few Buddhist lay people in Raleigh, North Carolina. Under the supervision of Geshe Gelek Chodha, they began an initiative to cast 1,000 statues of Shakyamuni Buddha to pray for world peace, prosperity and happiness. Based on a very famous ancient statue in Nepal, each Buddha wears a graceful robe imprinted with the Eight Auspicious Symbols   (https://fpmt.org/mandala/archives/mandala-for-2014/july/eight-auspicious-signs/). Over the course of ten years, many people traveled to Raleigh to help cast, sand and paint the statues. The 1,000 statues were completed in July 2016 and represent all the Buddhas that will appear in this cosmic eon.

These Shakyamuni Buddha statues are based on a very famous ancient statue in Nepal. Each Buddha wears a graceful robe imprinted with the Eight Auspicious Symbols (https://fpmt.org/mandala/archives/mandala-for-2014/july/eight-auspicious-signs/).

After a statue is casted by hands, the temple has performed the followings.

Mantras, meaning “mind protection”, are Sanskrit syllables that “embody the qualities of the deity which they represent. They bring benefit to all who see, touch, hear or speak them. In the case of statues, many mantras are individually cut out and then rolled up around a stick of incense, bundled and then placed inside the statue in a specific order, according to the deity being represented. Lama Yeshe says, “Mantra is energy. It is always pure, and cannot be contaminated by negative thought processes. As mantra is not gross energy, it cannot be corrupted the way sensory phenomena are corrupted by our own minds.”

In August 2016, a nearly 6-acre property with a beautiful lake view and mature trees in Greensboro, NC, was selected to build the Thousand Buddha Temple for the study of Buddhism, and for the practice of meditation. The Temple will feature a Gompa (shrine room) graced by a large Buddha statue surrounded by the 1,000 Shakyamuni Buddha statues.